It has been a while…

Those of you who’ve been following the blog may have wondered about my extended silence. Well, since the last post way back in February quite a lot has happened so here’s a quick update.

How Covid changed everything

There can be little doubt that the Covid pandemic has or will still have some effect on every single person alive today. I’ve been no exception and the past few months have been about isolating and steering clear of possible infection. Getting infected with Covid in a remote area far from decent medical facilities and even worse, alone and far from loved ones is not a pleasant thought.

Sometime in July last year when the country was still gripped in almost a complete lockdown I offered to come to Pretoria to house-sit for relatives for whom the pandemic had meant a loss of their jobs in South Africa and were going to work in the Middle East. This arrangement would have been perfect. I had a safe place to stay for the duration of the lockdown and they had someone who could take care of their home.

Little did we realise then that Covid was going to be around for far longer that any of us had imagined. As I write this, international travel restrictions are still in place and leaving the country is pretty much impossible. Direct flights to the Middle East have been banned and the alternatives with all the required quarantines are too costly for a family of four. So I’ve been at a bit of a loose end, waiting to come to Pretoria but also not wanting to be in the city till I was sure of a place to stay. Travelling as I had been doing for the past few years was also no longer an option. Camping around the country and sharing facilities with strangers significantly increases the risk of being exposed to Covid.

Originally, before the pandemic began, my plan had been to travel from the Western Cape’s Garden Route area up along the Eastern Cape’s Wild Coast, then towards the mountainous interior, around the southern perimeter of Lesotho and into the Free State. This was pretty much all that remained for me to explore in South Africa.

As the pandemic raged on and various areas became more risky than others, my plans had to change. In December I had to move on from my rather long-term base at Harkerville in the Garden Route. At the time the “second wave” of the pandemic was rearing its head and the Eastern Cape was one of the highest-risk areas. Fresh lockdowns were imminent. So I back-tracked to the safety of my cousin’s home in Langebaan on the West Coast thinking I’d be able to head straight to Pretoria from there. But still the pandemic gripped the world and yet again I had to change my plans.

Only once in a lifetime

By February, the far Northern Cape had received better than average summer rains. Liberated from the grip of an extended drought, the parched, dusty desert I’d seen two years previously would be transformed. The Gariep, South Africa’s largest river, was in flood and I was near enough to go and see this spectacle for myself. The sparsely populated Northern Cape was also the perfect place to hide out during a pandemic! So off I went. The Eastern Cape could wait for another day.

The Northern Cape was indeed a sight to behold. After more than a month my camera’s memory cards were overflowing with once-in-a lifetime shots and it was time to move on.

I needed to return to Pretoria to attend to some matters and also to get a look at what awaited me at my new “home”. It seemed that the departure of my relatives was imminent. Dates had been set and flights had been booked. But once again Covid changed the rules!

Winter was fast approaching and I was now in Pretoria. What to do? Should I head off towards the Eastern Cape as planned? Perhaps not. The freezing temperatures and heavy snowfalls of the inland Eastern Cape are not for camping nor are the heavy coastal rains of the Wild Coast. Besides, the “third wave” of the pandemic was now being hinted at.

As has happened so often since I began my nomadic, homeless existence, life sorted itself out. Thanks to friends I’d met on my travels, I was kindly offered the use of a lovely home on the banks of the Vaal River near Orkney, a mere two hours from Pretoria. This would be a perfect place to sit out the winter and stay safe from the pandemic.

So, after a few months of indecision, changed plans and uncertainty, here I am. It’s taken me a while to absorb and come to terms with all that’s happened but I’m back and I hope to return to the rhythm of a more settled life where I can put my thoughts in order to continue adding new chapters recounting my amazing journey.

Shortly I’ll be resuming the story of my journey from where I left off back in Kwa-Zulu Natal, heading off to Kosi Bay.

Hi Frank
Welcome back on the ground

When you do come to KZN, would love to meet up with you and have a coffee if possible. This is something we are wanting to do in a few years and would love some of your tips and advice, if you are willing to share.
Thanks
Doug

Hi Doug, I doubt that I’ll be coming down to KZN anytime soon, but if I do I’ll definitely get in touch with you. Where in KZN are you?

In the meantime you’re welcome to keep in touch and ask away if there’s anything specifically you’d like to know.

Welcome back! I hope you are well.
Thank you for your post and info.
I really enjoy reading.
Stay safe!
Deon

Thanks for the update. Sounds like it has been a topsy turvy six months. Hope things improve in the not too distant future (for you and for everyone else).

Thanks Craig. Yes, it’s been uncertain times indeed. I’m one of the luckier ones, so many people have been very badly affected by this pandemic. 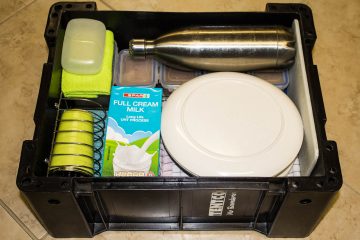 The Kitchen Boxes Since I posted What’s In The Boxes – Part 1, I’ve had a number of requests to show what’s in the other boxes. In this post I’ll show you the next two boxes, Read more… 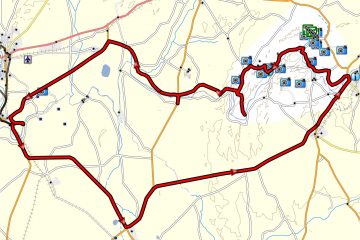 I’m often asked to explain how I create the maps of my trip so I thought I’d write a post about it. Besides producing the maps, I also use the data to geotag the thousands Read more… 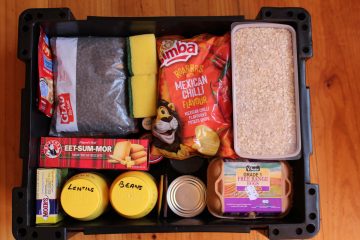 What’s in the Boxes?

I give you a peak inside two of the now very organised boxes, used for storing my non-perishable foods and drinks.