Kosi Bay – Why I didn’t linger.

When I left Ndumo Game Reserve, it was the 2nd of December. I had a confirmed booking in Hluhluwe from the 7th where I intended to stay put for the duration of the peak holiday season. The plan was to spend the next five nights at Kosi Bay. In particular, I was keen to see and photograph the legendary fish traps.

While doing my research the one thing that repeatedly popped up about this area was the issue of security. Reports ranged from widespread petty theft at deserted beaches to armed hi-jacking. It was also said that 4×4’s were being targeted by syndicates who smuggled them across the border into neighbouring Mozambique. It was with some trepidation that I set out to go and see for myself.

The photos in this post were all taken on a previous trip to this area in 2010. On that trip we drove northwards through the iSimangaliso Wetland Park from Sodwana, past Lake Sibaya exploring all the tracks till we reached the border and headed to Maputo.

I’m not usually a nervous traveller but I guess I’d just worked myself into quite a tense mindset by the time I arrived at the gates of the Kosi Bay Nature Reserve. As I came to a halt, about ten youngsters who were lying about in the shade all came to life and ran towards me. All were offering their services in one form or another. Some wanted to help me set up my camp, others were to keep me safe from the monkeys and yet others assured me they were the only ones who could go and show me the “tortoises” (turtles?)! The single parks official lady at the little office made no effort to assist in checking me in nor to disperse the troupe of helpers.

Suddenly all the nagging negative thoughts overwhelmed me. I could really not see myself fending off this persistent crowd for the next five days. Even if they meant no harm it was unlikely that I’d be able to relax. I made an instant decision that Kosi Bay was not meant to be. It would have to wait for another day when I wasn’t alone and when I was in a better frame of mind.

Faking ignorance, I said I was trying to find my way to Mozambique and it seemed I was lost. A minute later I’d been given ten alternative versions of the route I needed to take. Thanking the guys for their helpful and precise directions I made a U-turn.

It was just before noon when I turned around. I had no “plan B” in mind. What to do? Even finding an alternative place to stay would still mean I’d have to run the gauntlet every time I ventured out. Going to the beach or visiting the estuary was clearly not going to happen without a throng of “helpers”

Impulsively I made a decision to head over the border and check out Ponta Do Ouro. On a previous trip to Maputo we didn’t have time to visit this popular town and I was curious.

Before I headed across the border I had to stock up on some provisions in nearby Manguzi. It was weekend, month-end and the beginning of December’s spending frenzy. The town was chaotic! In my travels I’ve often been the only white person in sight and today was another of those days. But today I felt alone in what, to my mind, was a crime-ridden war zone. I took a deep breath, said my prayers and joined the scrum pushing and shoving into the Spar.

There were no baskets or trolleys available and I had to try and carry my shopping without these aids. Everything was going fine till I tried to add three five-litre bottles of water to my already precarious load of bread, milk, meat, fruit and cheese. How now?!

A lady who was packing shelves nearby saw my dilemma and promptly came to my rescue. Without a word she took hold of my four bottles of water (since I had assistance I quickly added another bottle) and she marched ahead of me straight towards the chaotic queues waiting at the tills. With the power of authority accorded to her by her Spar uniform she pushed and shoved and ordered me to keep up as she made her way to the front of one of the queues. At first I had my doubts; normally queue-jumping is frowned upon and this was not a place where I wanted to attract negative attention! But, miraculously, the crowd parted and I was encouraged by means of friendly smiles and gestures to proceed.

While I was paying my guardian angel commandeered a trolley and found a willing young man to push it out to the car for the Umkhulu.

What had started as a day of doubt and trepidation was suddenly turned into a vivid illustration of the intrinsic goodness of our wonderful nation.

Lesson learned, I set off towards Ponta Du Ouro with a smile in my heart.

Good afternoon!
Thank you for the update. I struggled accross your website as I done some research to the northern KZN some time ago. My compliments on a great website!
May I asked what tool you are using to track your route on the map? I saw some overlanders using similar ones, and I like it.
For info, from your notes I wanted to pop in at Ndumo, but it is currently closed. We got to Kosi and enjoy the stay at the camp on top of the road. There are more progress on the work to improve the road to the mouth (a normal car can drive to the bridge now). We loved the area, and even more our stay at Sodwana. Our trip was cut short due to a break in at our house in Ballito. However, many thanks for sharing!!
Regards

Hi Heinrich, thanks for your feedback about conditions at Kosi. I hope one day I’ll be able to go back there, perhaps when I’m not travelling alone.

With regards to the route map – My GPS (Garmin) records tracks as I drive and saves the track for each day. I then import these tracks to Garmin’s Basecamp on my computer where I can join the tracks for the whole trip and “print” the result as a picture to which I then add the statistics in a text-box. 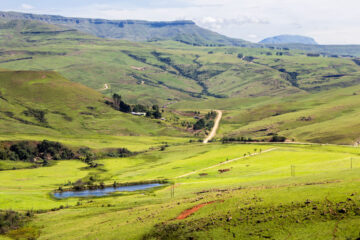 January 2019 Fairly early into my journey I’d first encountered the Drakensberg near its northernmost reaches in Limpopo. Next I explored the peaks of Mariepskop in the Mpumalanga Drakensberg. In eSwatini, I touched the easternmost Read more… 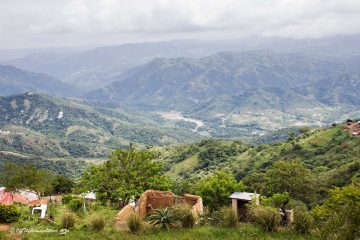 Valley of a Thousand Hills

January 2019 A Picture From My Youth When I was a young boy in Zambia, my parents’ best friends were Uncle Bob and Aunt Betty. They had two sons around my own age so obviously Read more… 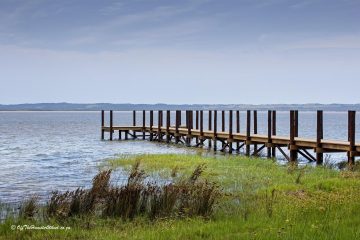 December 2018 During my stay at Hluhluwe, the St Lucia section of iSimangaliso Wetland Park was just a short drive away and I could easily pop in for day visits. It was now peak holiday Read more…